What’s the Difference Between a B.A. and a B.S. in Psychology? 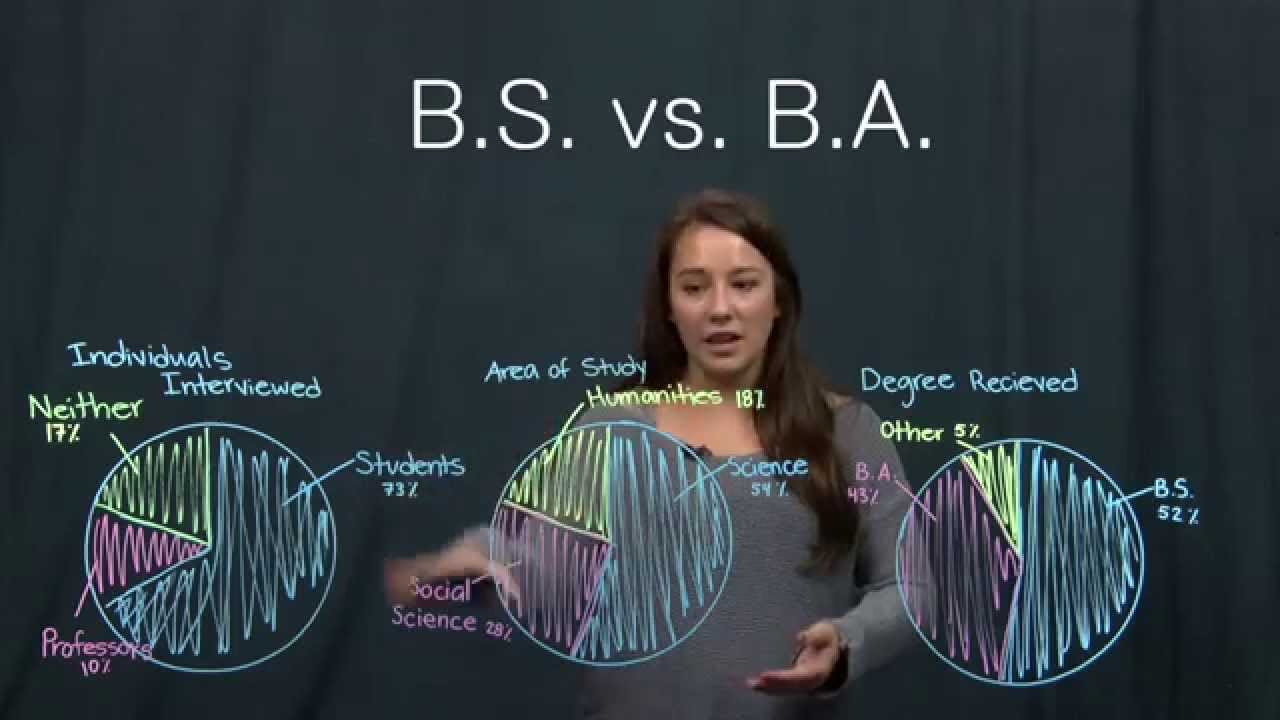 For many American youths, the process of applying to and attending college is a true rite of passage. That’s clear from the 34.6 percent of men and 33.7 percent of women who graduated college or obtained a higher educational degree in 2017. This endeavor is certainly considered to be well worth the challenges that come along with it, especially because four-year college graduates made 98 percent more per hour than those without a degree in 2013. That said, choosing your university and going through the rigorous application process can be difficult enough; deciding on a major may seem next to impossible.

If you aren’t exactly sure what direction to take, certain majors have mass appeal. For those who are undecided on their desired career path, this can be a great place to start. For example, psychology has traditionally been a popular major for many undergrads. In fact, it was one of the top choices for bachelor’s degrees during the 2014 to 2015 school year, comprising 118,000 of 1.9 million degrees across the nation. And in 2013, 2.5 million people working in the US labor force had degrees in psychology.

When trying to choose the right collegiate program for you, you might wonder: what’s the difference between a B.A. and a B.S. in psychology? And how will it affect my job outlook, my course studies, and overall experience? Although every program may be slightly different, it’s important to be informed about your options to make that final decision.

Before determining your preference between a B.A. and a B.S. program, you’ll first want to learn more about psychology itself. At its most basic, psychology is the scientific study of human behavior and mental processes. It essentially asks the question, “Why do we do what we do?” Within psychology programs, students will learn how the mind works, how people relate to one another, how we develop and learn about the world around us, and how our brains influence our behaviors. It’s a fascinating field of study that appeals to people from all walks of life — perhaps because many of these principles are universal and allow us to better understand others.

What’s the difference between degrees?

Both a B.A. and a B.S. degree designations are for undergraduate students and cover much of the same subject matter. However, there are some distinct divergences between the two types of degrees.

“B.A.” refers to a bachelor of arts degree. These kinds of degree programs are based on a liberal arts education, meaning that the student will complete courses in their chosen major and take general education classes. Typically, those who pursue a Bachelor of Arts in Psychology will have a more even distribution of coursework. They’ll be able to obtain a well-rounded education that allows them to explore many different areas of study while honing in on their chosen field.

Generally speaking, a B.A. psychology program is a good fit for those students who intend to enter the workforce immediately after graduation. Because it’s a bit more versatile, students who obtain their B.A. in psychology may work in any number of fields, including social work, law, journalism, education, health, or business, as well as psychology itself (and the specialized sectors within it).

“B.S.” refers to a bachelor of science degree. Whereas a B.A. focuses on liberal arts courses, a B.S. is more focused on technical studies such as mathematics and science. Students pursuing this type of degree will have more psychology courses on their roster, but they’ll also be required to do more lab work and research-based study. The training they’ll receive is more specific and more concentrated, which often appeals to students who aim to pursue careers in neuroscience, clinical health, or government agencies.

Bachelor of science degree programs are often thought of as precursors to graduate study, meaning many students go on to pursue higher degree levels rather than going right into the workforce. That’s not always the case, because many B.S. graduates will pursue entry-level positions in specialized scientific or medical facilities. If you plan on going to graduate school or believe your career path will lead you to something in the medical or scientific fields, a B.S. may be well-suited for you—provided you want a more technical emphasis in your undergraduate program.

Which degree is better?

Truth be told, it’s not that one degree is objectively better than the other. Bachelor of arts degrees are not inferior because their course rosters involve liberal arts classes. Each degree has equal value; it really comes down to the individual student’s wants and needs.

Including both B.A. and B.S. programs, psychology is the fourth most popular major in the United States. Approximately 26.7 percent of recent graduates with bachelor’s degrees in psychology were working in jobs that were “closely related” to their major in 2013, with another 35.1 percent saying their jobs were “somewhat related” to their major. Ultimately, those numbers aren’t determined by whether you chose a liberal arts or a science-based degree. They’re based on how well you do within that program and how well the program aligns with your career goals.

Don’t discount one type of degree program until you really examine what’s involved. If you’ve got a keen interest in psychology but want to learn about other subjects and relish the thought of using your knowledge to help you in your future career, a B.A. in psychology will likely be a great option for you. But if you’re much more focused on the medical and scientific fields, plan to attend grad school, and don’t like the thought of taking courses in English, foreign languages, or social sciences, a B.S. may be more your style.

For many American youths, the process of applying to and attending college is a true rite of passage. That’s clear from the 34.6 percent of men and 33.7 percent of women who graduated college or obtained a higher educational degree in 2017. This endeavor is certainly considered to be well worth the challenges that come…

Previous Post
Train with Us for the Best Use of Force Police Training New Jersey Can Offer
January 30, 2019
Next Post
How to Start an Axe Throwing Blog Using WordPress
January 30, 2019